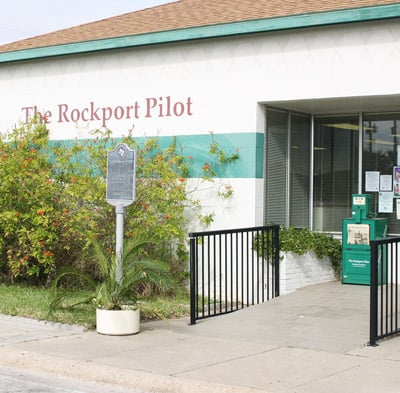 "The earliest newspaper in this area was "The Vaquero," published by Charles F. Bailey and Geraldo A. Beeman in St. Mary's in 1868. In 1869 Bailey moved to Rockport and founded "The Transcript," which continued in operation until 1886. Two years later "The Rockport Enterprise" began, and in 1916 it merged with the new "Rockport Pilot. " Other local newspapers existed for short periods, but since its beginning "The Rockport Pilot" has been the area's source, focusing on Aransas County issues and events. (1990)"

Sorry, there are no recent results for popular images.

How much of the impeachment trial have you watched live?